ISPACHI has released just the right pieces of apparel for the early days of fall. Their Blazer-Hoodie Ensemble offers a multitude of colour options [20 Jacket, 28 Tie (including plain and diagonal stripes), 28 Shirt (including plain, gingham, stripes and polka dots), 8 Hoodie] and will be released at FaMESHed on October 1st..

ISPACHI's Heuson scarf has already been released and is available for this round of The Boutique which still runs till October 10th. The scarf is made of rigged mesh and is texture changeable as well (20 scarf options and 6 precious metal options for the stag's head). 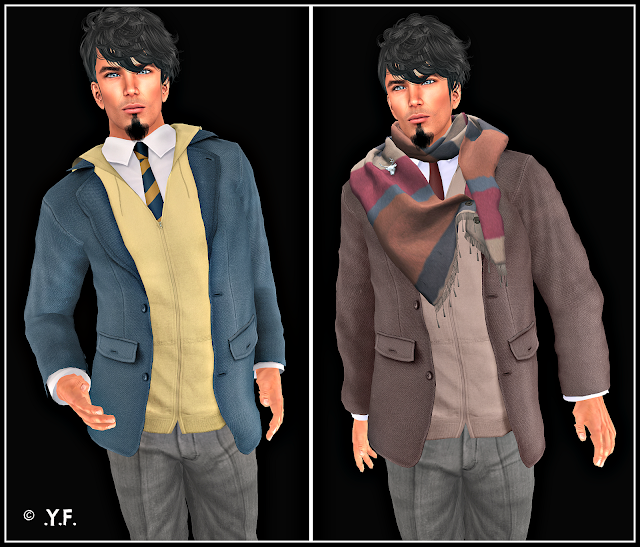