DECO has expanded their line of Peacemaker Dusters to include an all leather version. It's available in red, brown and black. I show you one of the old ones on the first picture and the new release on the second. As always, these coats come with regular length sleeves and rolled-up sleeves to be worn with gloves. I'm combining one of their newly released bracers with the rolled-up version instead (picture 2).

Most of the time, wearing a mesh coat with mesh clothes beneath doesn't work very well as the lower mesh layer will cut through the upper mesh layer when moving. After discovering the new Round Collar Shirt from [Deadwool] though, which was released as an add-on to their Lahood Pants and nicely complements this old-fashioned style coat, I found a way to make it work in an acceptable way. For example, the butt will still cut through the coat with some AO movements but not while walking. Therefore, before buying you should try out the demos to see how it would look on you. Important: I combined the large version of the coat with the pants in small size and the shirt in extra small (XS) size. 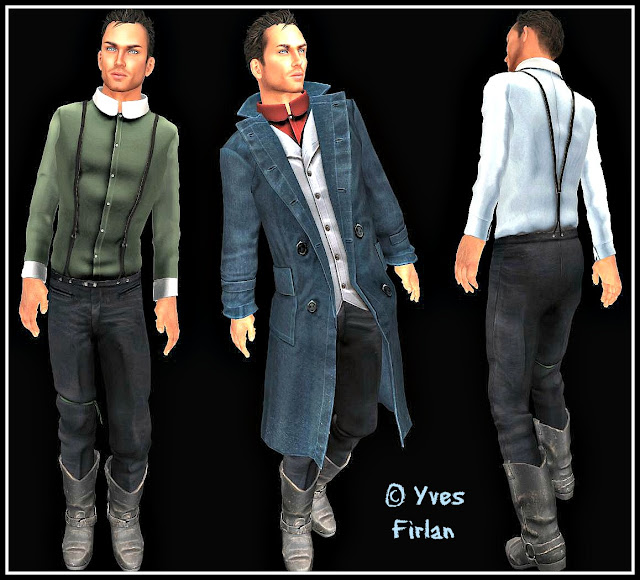 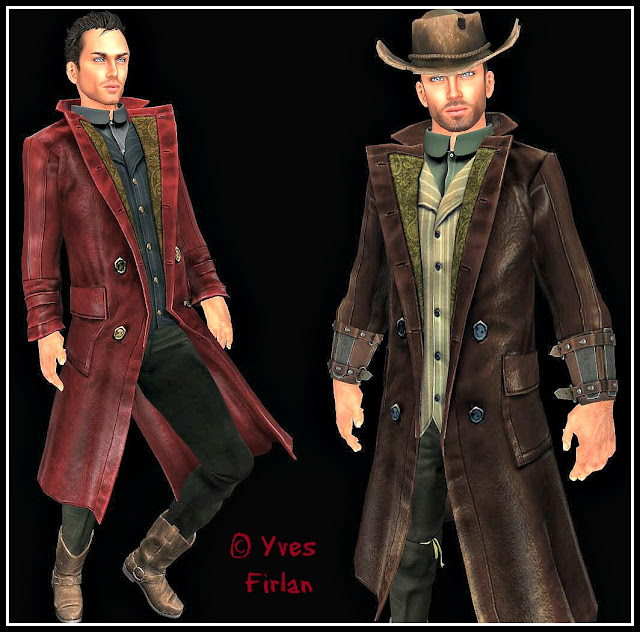