*Zanzo* released a new skin line for twenty-somethings called Antonio. It comes in three skin tones with either light or dark eyebrows. Showing you the version called “Dusk, Dk. Eyebrows”.

On the clothing side, I have a release by [R3Volt] - Natan Jacket [V3] for the 100 Block Event - and Lavarock Creations' new NO WAY MALE PANTS to show to you. 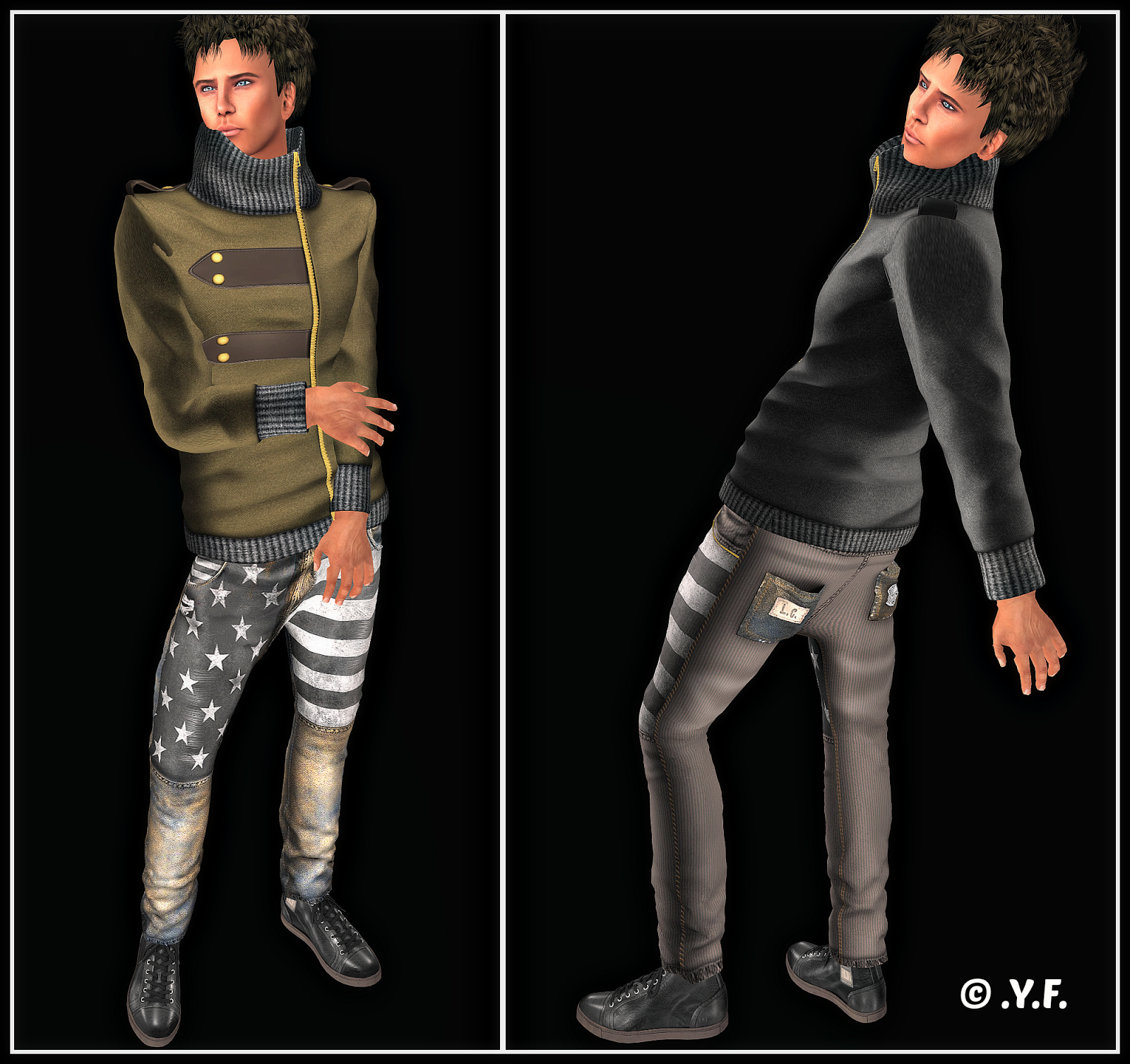