Dura's just released two unisex hair styles. The first one is only available at the JAPAN FAIR. Zanzo's Idyllic Eyes are non-mesh and have just been released. Nivaro's Liam Skin has already been shown on these pages a couple of times. [Ner .Ink] released another interesting tattoo called On The Face Of Adversity which comes with appliers.

Looking for a jacket to complete my casual country look based on hoorenbeek's Skinny Jeans, Cowboy Boots and their newly released Western Belt with exchangeable buckles, I found the just released Cobain Hoodie from Lavarock Creations. 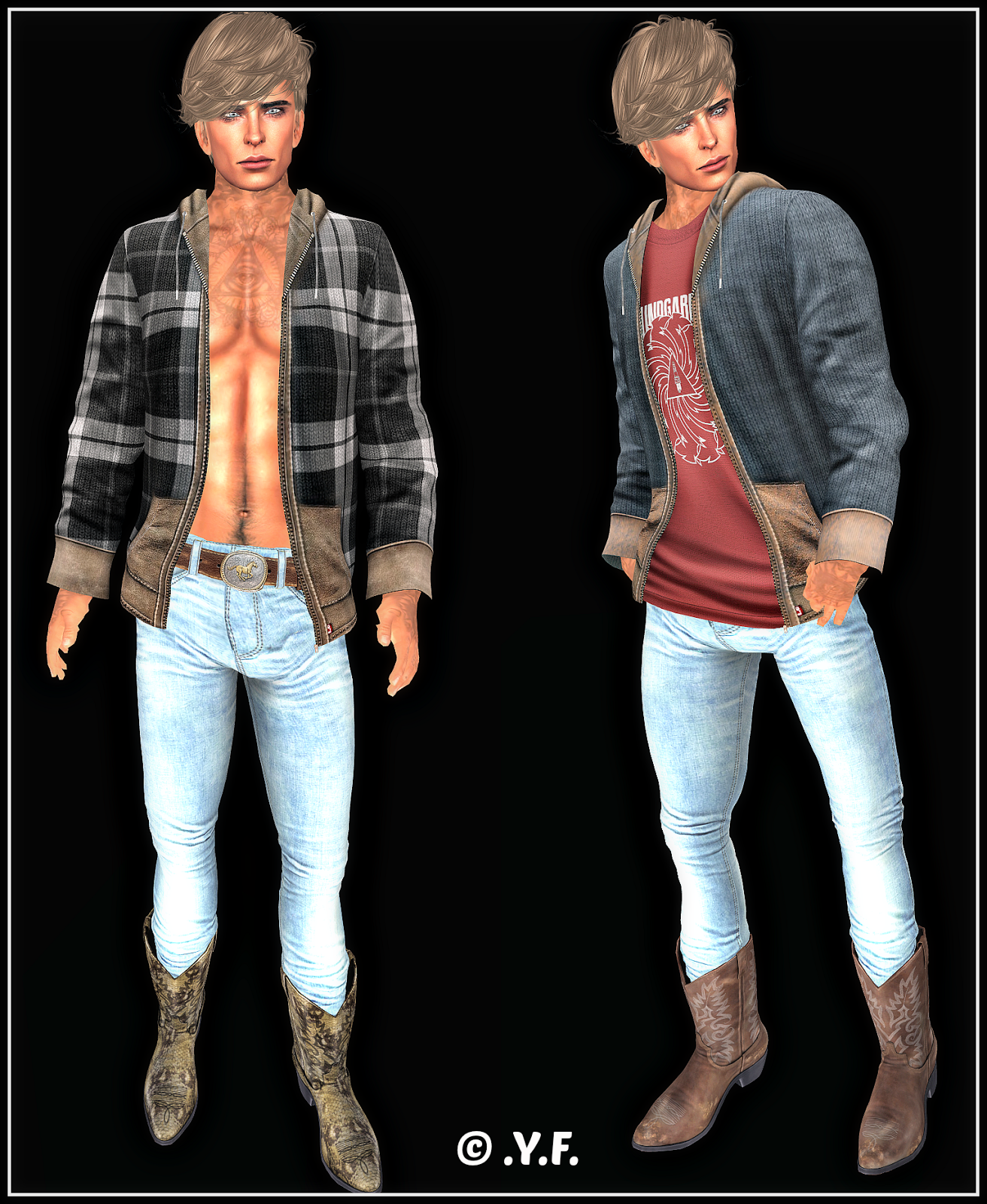 On Him (=> If no SLURL is linked, click sidebar store/event logo for a teleport!)
Pants & Boots: [ hoorenbeek ] Mesh Cowboy Boots - Used Black (New Release! Come with a jeans)
Posted by Yves Firlan at 1:50 PM